Laingholm Kindergarten children presented more than 400 pictures, depicting the damage that is caused by plastic bags, to MP and Chair of the Environment select committee, Deborah Russell recently.

Over the past year, Laingholm Kindergarten has been working closely with the “Love Titirangi” campaign, schools and other kindergartens to reduce plastic bag use in the Titirangi area. Laingholm got involved in a nationwide picture petition to be sent to the Government and encouraged all Auckland Kindergartens to do the same.

The petition, which includes drawings and posters of sick sea animals and plastic bags in the ocean all done by local children, will now be presented at Parliament.

In addition to accepting the petition, Dr Russell spent time talking with and reading to the children.  She says she thoroughly enjoyed the day and has promised to come back soon! 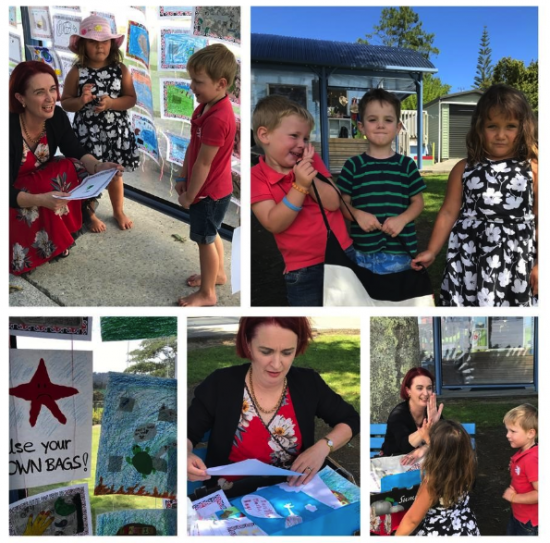